Can Recession Be A Good Thing For Businesses? 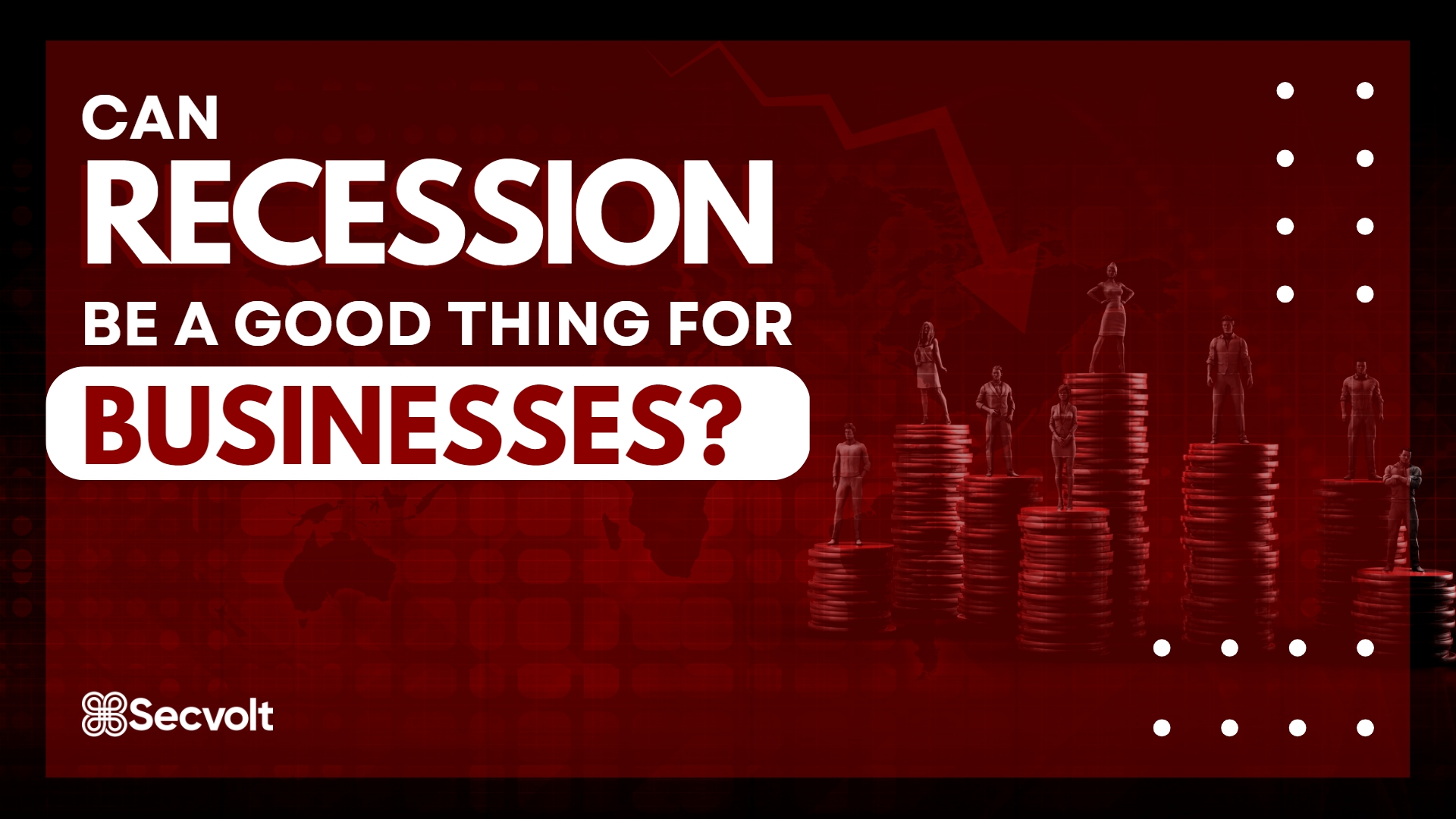 “A recession may feel like a storm, but it can also clear the air for growth and renewal.”

Imagine you own a small handicraft business. You were making steady profits, but lately, your profits have been declining. After reviewing your business, you realize that you have been using an outdated & inefficient inventory management system.

Now imagine, at the same time, the entire world enters a recession. You see a bulk of problems approaching. But there are always two sides to the coin if you have the patience to see.

Recession in business brings out a darker side that is all about losses and failures. On the other hand is the brighter side, which is all about the insane idea of building a company or starting something new and making it highly successful.

If you are considering launching a business in a recession, this article is for you. And if you have already started with one, it may urge you to think beyond the box. And if you haven’t yet, who knows, you could create a highly successful company.

Firstly, let’s understand the term recession- what it means and the effects of the recession on small and large-scale businesses.

What Is A Recession?

A recession is a period of economic downturn marked by a fall in GDP, high unemployment, and a decrease in corporate and consumer expenditure. A recession is commonly defined as two consecutive quarters of negative GDP growth. Recessions include trigger points like financial crises, monetary policy errors, external shocks, and natural disasters. These factors influence people, businesses, and many more entities.

How does it affect businesses? Let’s discuss the effects of the recession on businesses in detail. Check out the following paragraph to find out what a company goes through during a recession.

The Impact of Recessions on Businesses

The term recession describes a prolonged period of economic decline. And during that time, businesses in a recession may face several challenges, including:

These effects harm small and large-scale businesses in this economic catastrophe. Small and large companies suffer from more such effects of the recession, which we shall discuss in the next segment.

Effects of Recessions on Small and Large Businesses

Recessions impact small and large businesses, but small businesses are affected more because their resources are often limited, and they face more financial crunches. Following are some effects of the recession on both large and small businesses.

We have seen that a recession is not easy for both small and large businesses, but some adapt and operate effectively. Your operations & strategies could significantly bring a turning point for your business in a recession.

So, in the next section, let us look at the benefits of starting a business during a recession and the brighter side that the recession has to offer.

Benefits of Starting a Business During the Recession

Although it may be difficult to imagine, there are also silver linings in a recession. Have a look at the following benefits:

These are some of the benefits of starting a business in a recession. Let’s now look at the success tales of some companies founded during the recession & how they became the best of all time.

Success Stories of Businesses that Stemmed from Previous Recessions

The global recession is causing havoc for all firms. Everyone is terrified of what may happen during and after the financial slump.

But what if you find out that many of these iconic unicorns were born during The Great Recession? It’s hard to imagine, but here is a list of some companies that were founded during the great recession & became highly successful.

WhatsApp, a multimedia messaging program with built-in end-to-end encryption, was established in 2009 by two ex-Yahoo workers. In 2010, five of their former colleagues contributed $250,000 to the startup. Four years later, WhatsApp was bought by Facebook (now Meta) in a record-breaking $19 billion deal. WhatsApp now has about 2 billion active users, making it the most popular mobile messaging service globally.

It is challenging to recall life before Uber. However, the ride-sharing startup encountered rejection after rejection from investors, including Mark Cuban, who allegedly turned down the offer to purchase a 5% interest in the company for under $200,000 back in 2010. That 5% would be worth $2.25 billion today, an 11,250X increase.

The world’s most popular photo-sharing app debuted in 2010 after the Great Recession. The app had one million users three months later, an incredible milestone that catapulted Instagram to popularity almost overnight. The company received $78 million—a 312X return in only two years.

Pinterest is a virtual pinboard where users can share and discover everything from photographs to recipes to goods. Its seed round in December 2010 valued the firm at just $5.8 million, but by the time it went public in 2019, it was already worth $10 billion (a 1,724X gain).

Each of these companies grew significantly during challenging economic times. Although it may sound impossible, recessions may help some firms thrive. Starting a business in a recession offers several advantages and less competition, as everyone is scared of losing.

So, these were some businesses that prospered during a recession. In the final section, let us look at a company in the hedge fund industry that is also growing by leaps & bounds during the ongoing recessionary period and has left everyone behind, even in these times.

Returning to the prior question, can a recession be a good thing for businesses?

The answer is yes. This may be the greatest time to start your own business or reconsider the ideas that were only a dream until now. We’ve spoken about recession and its barriers now, let’s try to see beyond these limits too. Recession is no longer a barrier for those who want to create history. It might be the end of a fantastic economic period, but it could be the start of a brand new chapter too.

Secvolt, a recession-fighting firm, is here to assist you in this new phase (www.secvolt.com). It is a hedge fund that has outperformed even the most notable participants in the sector and has shown to be a cure to the recession. Secvolt mitigates your risks and provides excellent outcomes with a brilliant blend of AI and IQ. This hedge fund thrives because of its advanced quant models and risk management methods.

Another company that proves that recession can be a good thing for businesses and is no longer a barrier for them.