How Long Does A Recession Last? 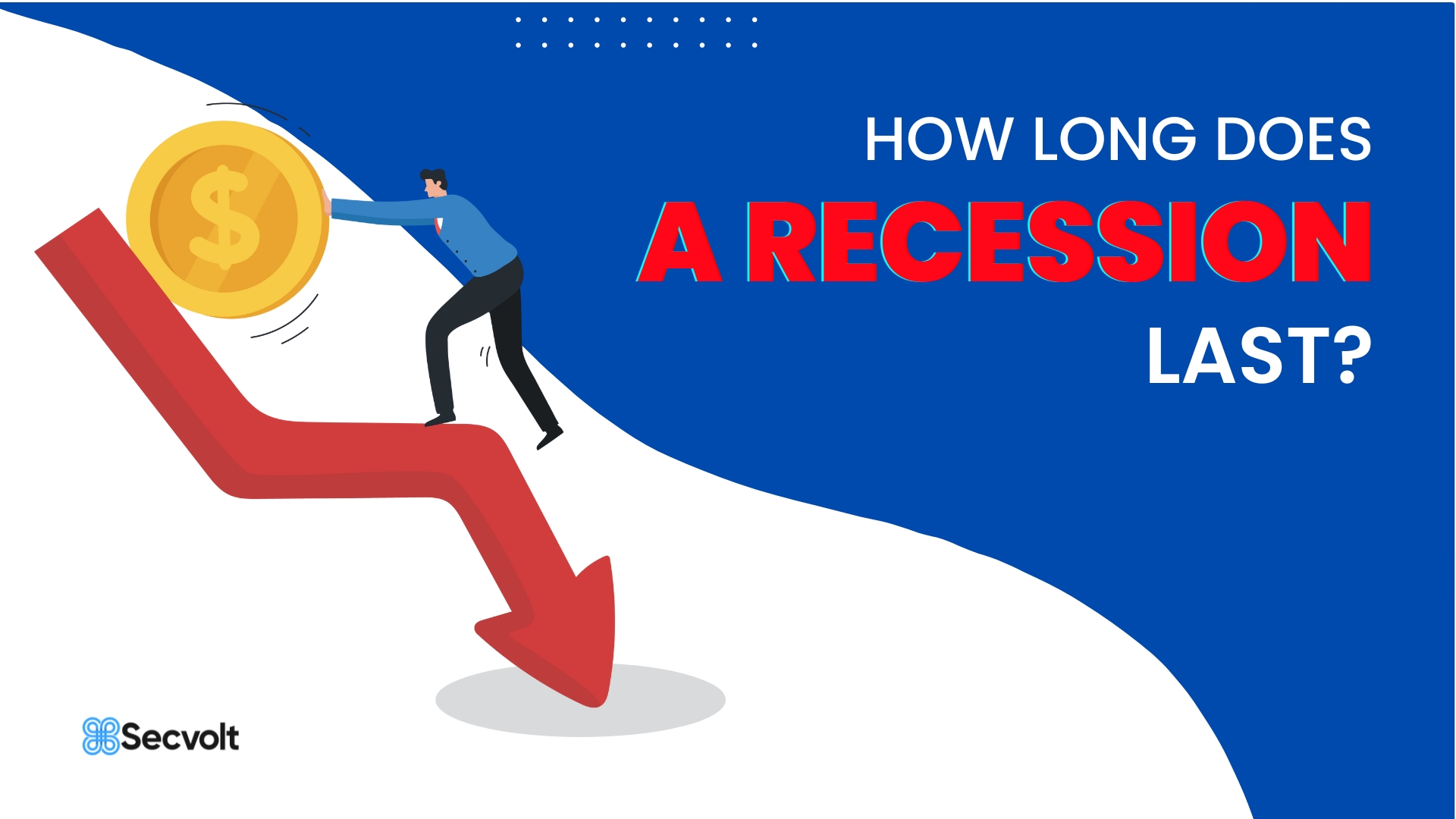 There is a saying, “Full stop is not the end, it’s just the beginning of something new.” 2022 has just gone by, and we are looking forward to a year full of new chances & new troubles.

While recessions can be difficult and disruptive, they can also provide opportunities for growth and change. But how elongated could a recession get?

In this blog, we will discuss various things related to a recession- How long does a recession last? What was the timeline of previous recessions? We’ll also discuss ways to prepare your finances and portfolio for the same.

Let us start with understanding what recessions are.

What is a Recession?

A recession is defined as two consecutive quarters of negative GDP growth, which indicates that the economy is contracting rather than expanding. Generally, a recession lasts for at least six months, but no maximum length exists.

What are the chances we are about to enter a recession that could lead to a larger depression? Let’s examine the causes of recession that may help us identify it.

A recession can have various warning signals, such as a declining economy, an inverted yield curve, or a weakening job market. All of these are the results of the causes listed below:

So, these are the causes of a recession. Let us next find out how long does a recession generally last?

How Long Does A Recession Last?

The length of a recession is determined by various factors, including market circumstances, causes, and the economy’s response. For example, the source of financial crises (an asset bubble) prolonged the downturn, but the economy recovered rapidly from the COVID-19 shock since it was in good form prior to the recession. The Federal Reserve Board and Congress also acted quickly to revive the economy.

Factors That Can Affect The Length Of A Recession

Earlier, we saw that recession is caused by various factors. But there are a few factors that can elongate the recession. Have a look at the following to understand how:

These are just a few examples of the factors that can affect the length of a recession. It is important to note that recessions are a normal part of the business cycle, and the average length of a recession can vary significantly, depending on a variety of factors. But we need to be prepared for them in advance.

In the next segment, we will talk about how we can prepare for the recession.

How To Prepare For A Recession?

Here are a few steps you can take to prepare for an economic recession:

These are the steps you can take to reduce the effect of recession on your portfolio & finances. Now, let’s look at the past recessions we have faced and what caused them.

We have faced multiple recessions. Every recession has its own story and impacts the economy differently from the other. Let us look at some of the major past recessions we have faced:

These are just a few examples of major past recessions.

Recessions are a normal part of the business cycle, and they can be caused by a variety of factors, but if a recession is continuing and becoming a black hole for economic growth, then it might turn into a depression.

In the next section, we will be talking about how a recession can turn into a depression.

When Does A Recession Become a Depression?

It is difficult to determine exactly when a recession turns into a depression, as there is no definition of what constitutes depression and the difference between them.

Depression can be blurry at times. However, there are some general characteristics that are often used to distinguish a recession from a depression.

A recession is typically considered a period of economic downturn characterized by a decline in the gross domestic product (GDP), increased unemployment, and decreased business activity. It is usually considered to be a relatively mild downturn in the economy and is often referred to as a “normal” part of the business cycle.

A depression, on the other hand, is a more intense economic downturn that is characterized by a prolonged and severe decline in economic activity, including a significant drop in GDP, high unemployment, and a decrease in business and consumer spending. Depressions are generally considered to be more severe and longer-lasting than recessions.

Be it a recession or depression, or any other economic situation, you need an investment alternative that can help you achieve your financial goals & more. In the last section, let us look at one hedge fund that can help minimize these impacts while delivering extraordinary results.

In this article, we discussed recessions and depressions and how long recessions endure. We have seen that a recession may last between 10 and 18 months; if this time period is exceeded to more than 2 years, we might enter a depression. Irrespective of whether the recession lasts long, you must safeguard your portfolio by following the techniques mentioned in the article and choosing alternatives like Secvolt.

With Secvolt, you need not worry because this leading quant hedge fund has an excellent risk management strategy in place to tackle all the market concerns. With its excellent strategies and brilliant proprietary quant systems, it is an alternative that will mitigate the impact of a recession, inflation, or other economic slumps on your portfolio. Secvolt (www.secvolt.com) is a safe haven for all of your investments.